It was an early start, leaving Sheffield at 3am to get to Liverpool with plenty of time to catch our flight.. But that didn't stop us almost missing it because we weren't paying attention to the time in the departure lounge.

We got a train into the city from the airport, and stowed our bags in a locker before heading to the vast Olympic stadium built for the '92 games. From there we took a cable car to Montjuïc Castle, the photo above shows some of the cacti in the gardens around Montjuïc Castle. The weather was lovely, and a coastal breeze made sure we didn't get too hot. 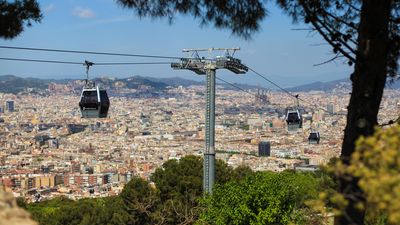 Although after a whole day in the sun, I realised that coastal breeze had made me forget to cover up / use any suncream.. So I was a little pink. 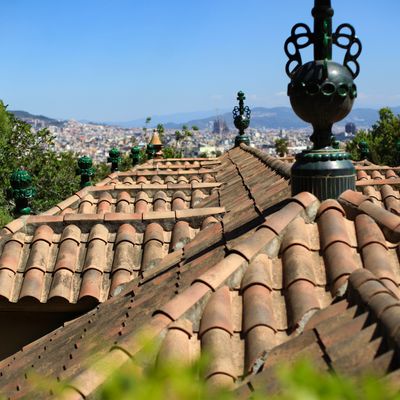 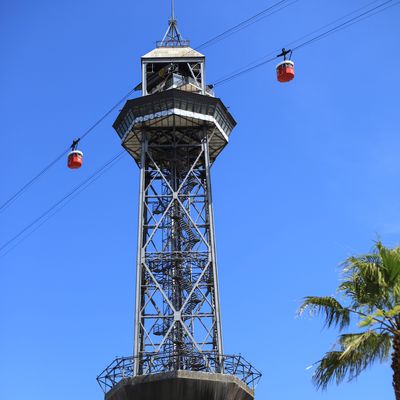 In the evening we visited The Magic Fountain of Montjuïc, a spectacular display of colour, light, motion, music and water acrobatics. The fountain is in front of the equally spectacular Palau Nacional (shown below.) 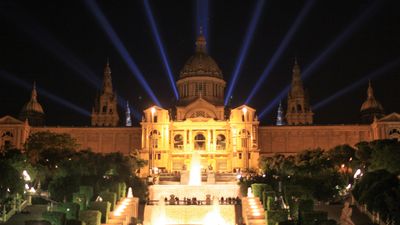 Today we visited Casa Milà and Casa Batlló two fantastic buildings designed by Antoni Gaudí. These were two of the big items on my mums itinerary. 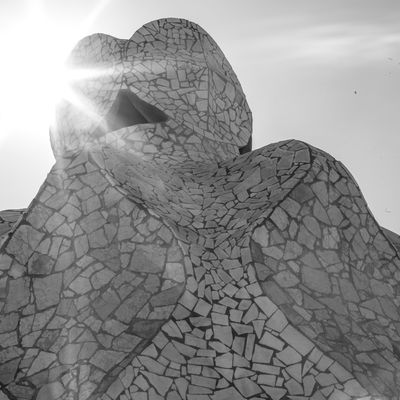 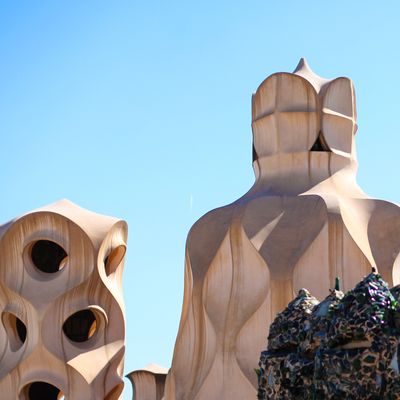 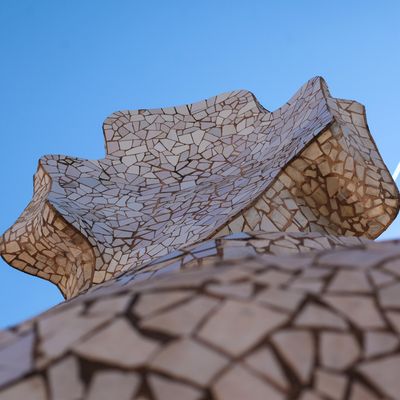 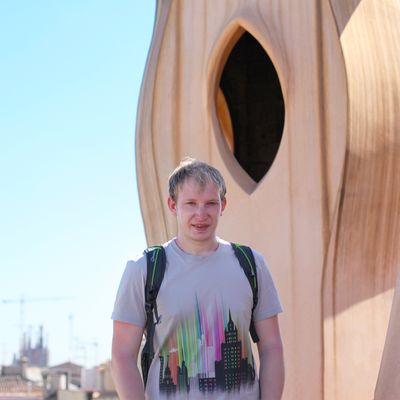 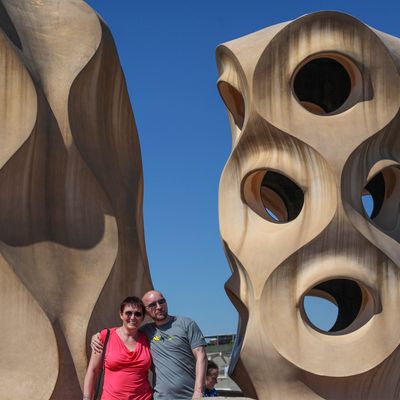 All of these photos are on the outside, but the interior of these buildings are just as impressive! 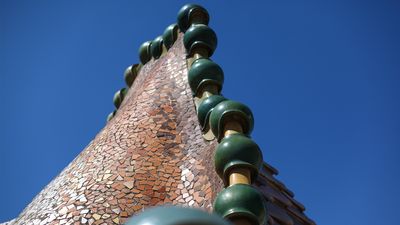 We went for drinks at the Hard Rock, and shared a paella at a local cafe as the sun was setting.

After a busy few days in the sun, we spent the morning on lovely sandy beach, although as you can see from above the coastal breeze was certainly still there.

In the early afternoon we walked about 50m from the beach (at around 25°c) to the ice bar (at around -5°c) quite a temperature difference! 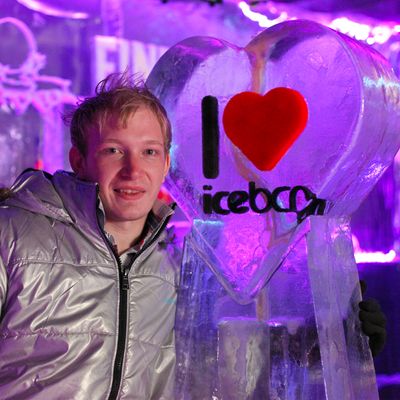 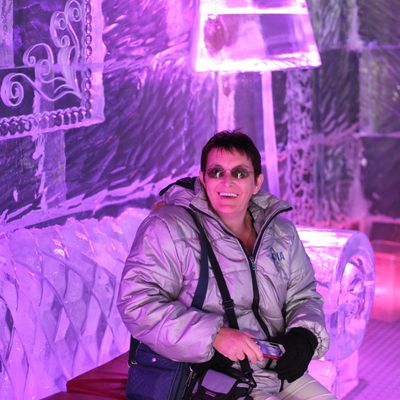 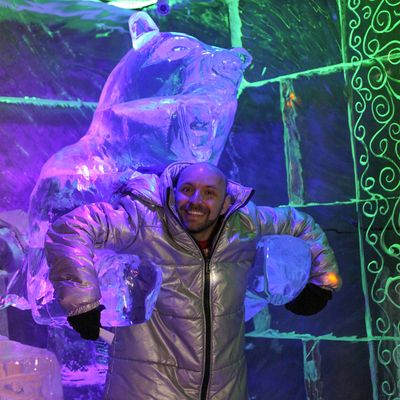 After we had warmed up from the ice bar and had something to each we headed to the Plaça del Rei, and Casa Padellàs a 15th-16th century palazzo which was moved to here stone by stone - this building houses the Barcelona City History Museum which we looked around.

If my mum could only do one thing on this trip, I guarantee this would be it, and it's hard to disagree with that opinion. 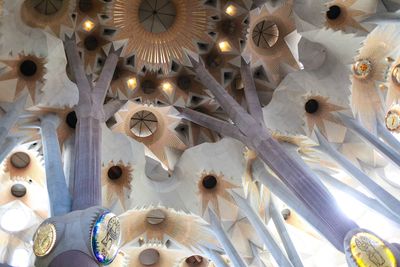 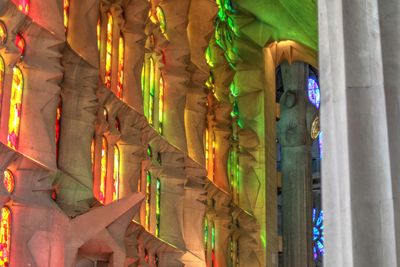 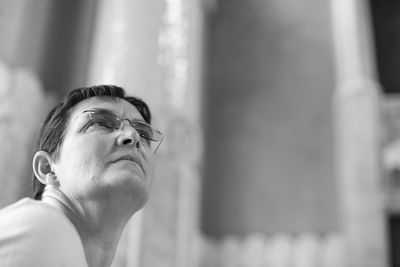 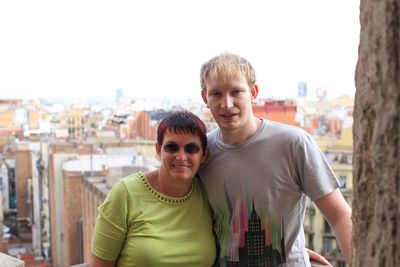 The church shares its site with a school originally designed by Gaudí in 1909 for the children of the construction workers for the church.

In the morning we visited the Old Hospital de la Santa Creu, a very grand place, certainly worth a visit. 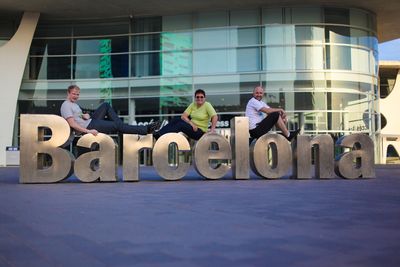 We started the day off by heading to La Boqueria, a large public market one of my mums friends had suggested we visit, it's in the guidebooks, but I wouldn't usually visit a market. I'm glad we did.. 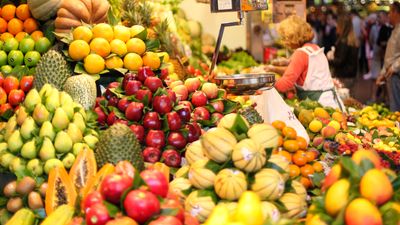 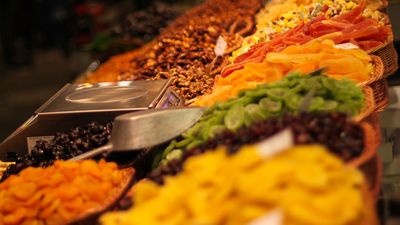 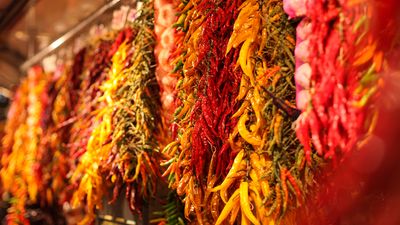 Park Güell was designed by who? Yes Antoni Gaudí, the same as everything else in Barcelona ;)

I didn't take many photos of Park Güell because I was soaking up the atmosphere. 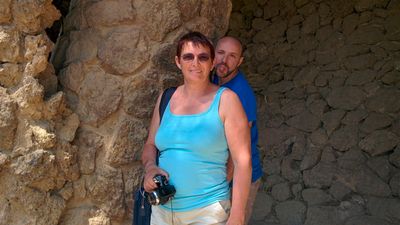 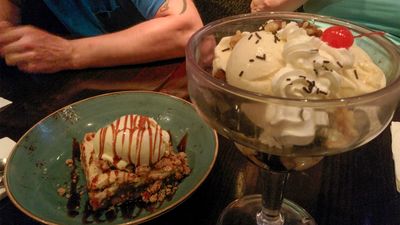 We took the funicular up Tibidabo, a 512m high mountain with spectacular views overlooking Barcelona. There is an amusement park at the top, with just looks so cool, but we enjoyed an ice cream and relaxing in the sun. 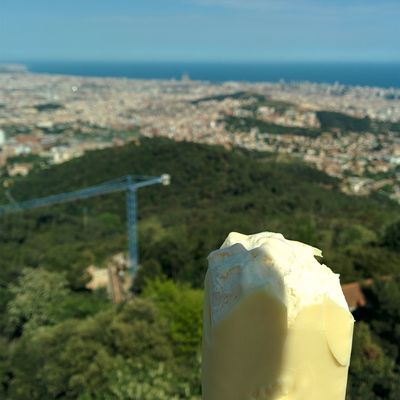 Soon after we set the dates for this trip, I found that there was an F1 race the weekend we were leaving. I decided that we should get tickets to the Friday practice sessions.

We had a few issues getting a train to the circuit, I insisted it was one train.. It wasn't :P

It was nice to watch F1 cars in person for the first time. My brother enjoyed the F1 so much at one point he fell asleep in the afternoon sun. 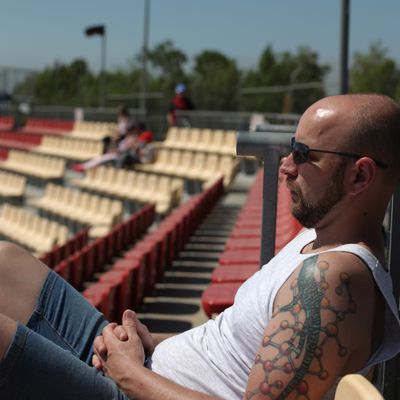 After the Formula1 we headed back to the airport, and a flight back to the UK.. It was a shock stepping from the plane into the grim cold night in Liverpool.