The real journey began 5 days before the flight when I went and picked up a bike bag from 18 Bikes, that afternoon I thought I'd better make sure all the stuff would fit.

Me and my brother Steve drove down to Luton pretty, about 1am to be precise. Check in was quite uneventful, and the flight (being easyJet) was adequate. However when it came to picking up our bikes, it took quite a while for us to find out they were delivered to a seemingly random baggage belt, while we were standing around like lemons at the bulky items area.

We got the bikes in our transfer minibus and I think I pretty much fell right to sleep. When I woke up we were in the Alpine foothills and it was very heavily raining.

After checking in, and chilling out, the rain had slowed, so we went for a walk, found a bar, and got a beer.

A bright sunny morning with whisps of clouds over the mountain tops. We set off early picking up our lift passes and meeting up with the rest of the group who had flown out a few days earlier. Despite the heavy rain the previous day, the trails were quite dry.

As you can see from the map above, we crossed into Switzerland on the "Les Crosets" decent from Pointe des Mossettes. 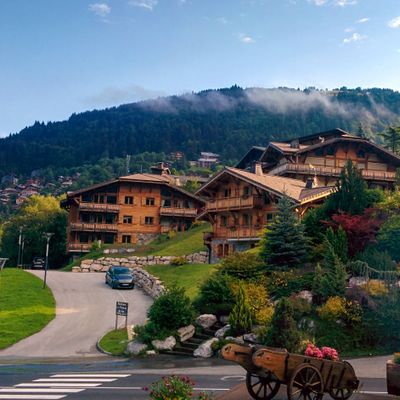 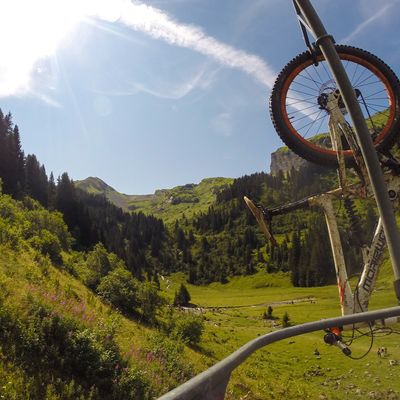 We woke up to the sound of heavy rain.. Oh well we went out and hit the trails we could easily access from down the road. 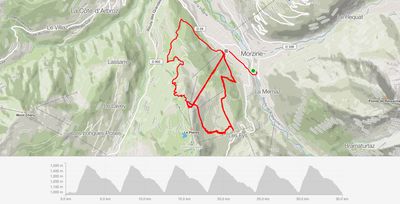 It started off with heavy rain and mud, but eased as the morning went on and in the early afternoon. But by mid afternoon it was raining again so we decided to finish early. 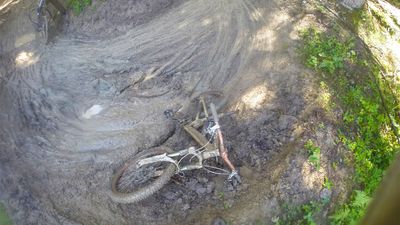 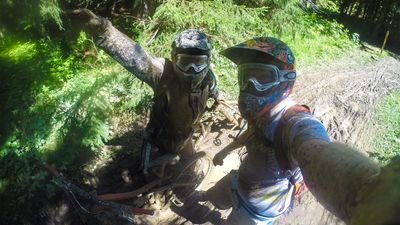 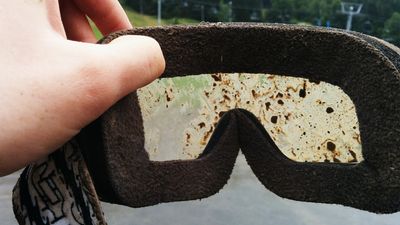 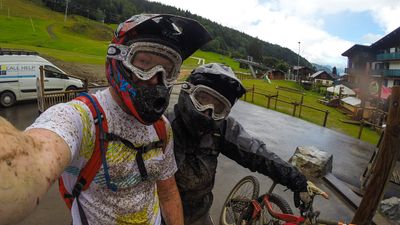 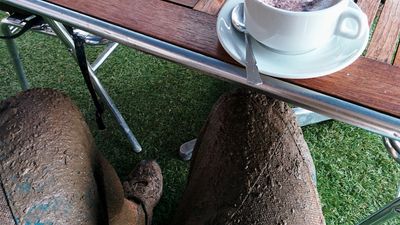 We ended up at the bar we had visited on our first day, they had a presher-washer which was free for customers. We we got a hot chocolate and cleaned off the bikes (and each other.)

It's like being back in Britain with how quickly the weather changes in The Alps. But anyway, it's sunny this morning. So time to ride! 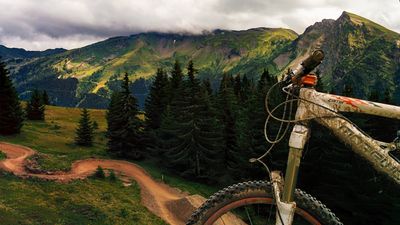 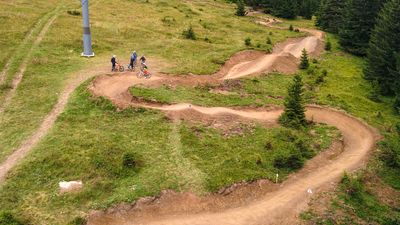 Swoopy, twisty, well built trails were the order of the day. If you click the map below you'll see the full days route.

Finally it's time to air the sweaty biking gear, pack the bikes into the bags, get freshened up, and hit the pub before getting a flight home in the morning. 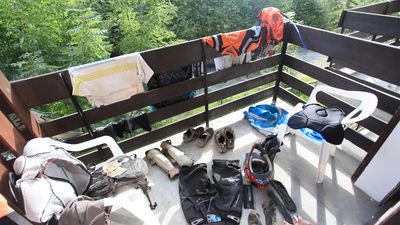