After getting three trains from Sheffield to Standtead, waiting around in the Costa for four hours, and then spending a further four hours in the increasingly busy departure lounge, bemused at travellers rushing to queue for the monorail carriage which was yet to arrive, we were finally given a boarding gate.

It was surprisingly clear as we climbed up over the UK offering really good views down the south coast, before the cloud started to come in over mainland Europe.

Upon arriving in the city centre of Prague we decided to have a look around and see what was happening, within ten minutes we were watching a crew film a fight scene for The Right Europe.

We walked up to Prague Castle and the cathedral, we ended up walking around most of old town trying to find our hotel after some navigation failures by me. Upon finding the hotel we each got a shower and while I looked for somewhere to eat Ed fell asleep snoring loudly.

We grabbed some food and headed to Petrin Tower and the observatory in the evening. Getting back to the hotel just as the rain started.

Getting up "early" (7am) to get some breakfast before the driver picked us up to go to the range shooting.

A few hours later we'd fired nine guns each, and I was the winner, with Ed amazingly managing to miss on each of the ten shots from the Magnum.

Just as we finished up shorting we saw a group of ~20 police training on a range, speaking to the instructor we were told all police in the Czech Republic carry a sidearm, and they must practice several times each year. 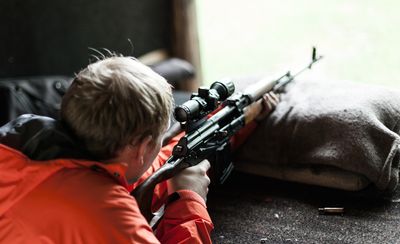 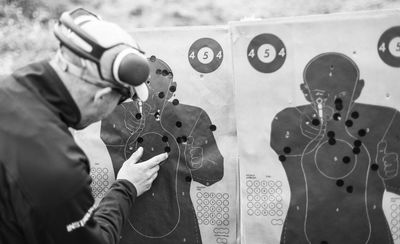 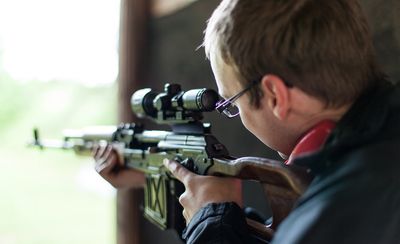 We went to find the Vyšehrad casemates, and three hours and after having visited the police museum we did manage to find them. The casemates are tunnels which were used to secretly transport troops, and store munitions within the armaments.

Having reserved a table at Pagana, we arrived promptly and within two minutes had both eaten a snail for the first time. I'd describe it as a chewy mushroom. 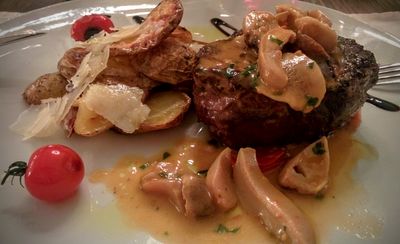 My alarm woke me from my slumber at 4am the reason for this intrusion was allowing me to take some photos before the throngs of tourists arrived around Charles Bridge.

After a successful photography session I headed back to the hotel and got into bed at 7am - another two hours of rest before starting the days activities. 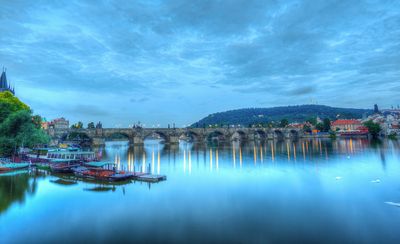 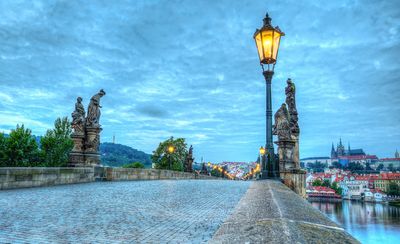 We first went to the Army Museum which covered the 19th to 20th century.
However, en route to the river our tram was part of a minor crash with a vehicle, my first tram crash.

After having the thickest soup-like hot chocolate I have ever seen, we took a walk up the tower on the south side of the Charles Bridge.

Returning to the hotel a little before 5pm we chilled out before having a very relaxing thai massage at the hotel spa.

In this evening we grabbed a burger at The Tavern and visited the TV tower to whiteness some spectacular panoramic views of the city.

Relaxing Before The Long Trip Home

I tried to have a lie in until 10am however around 8am my body was well and truly awake, I decided to get some breakfast and book another massage for later that morning.

After I enjoyed a very relaxing massage we checked out of the hotel and proceeded to the mighty model train exhibition. 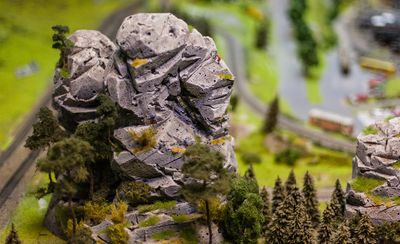 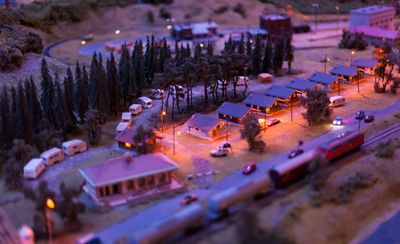 The rest of the day was mainly sitting in parks and taking in the nice weather before our time in Prague was through.

16 hours after arriving at Prague airport, we got back to Sheffield, both very tired, and in need of some shut eye.