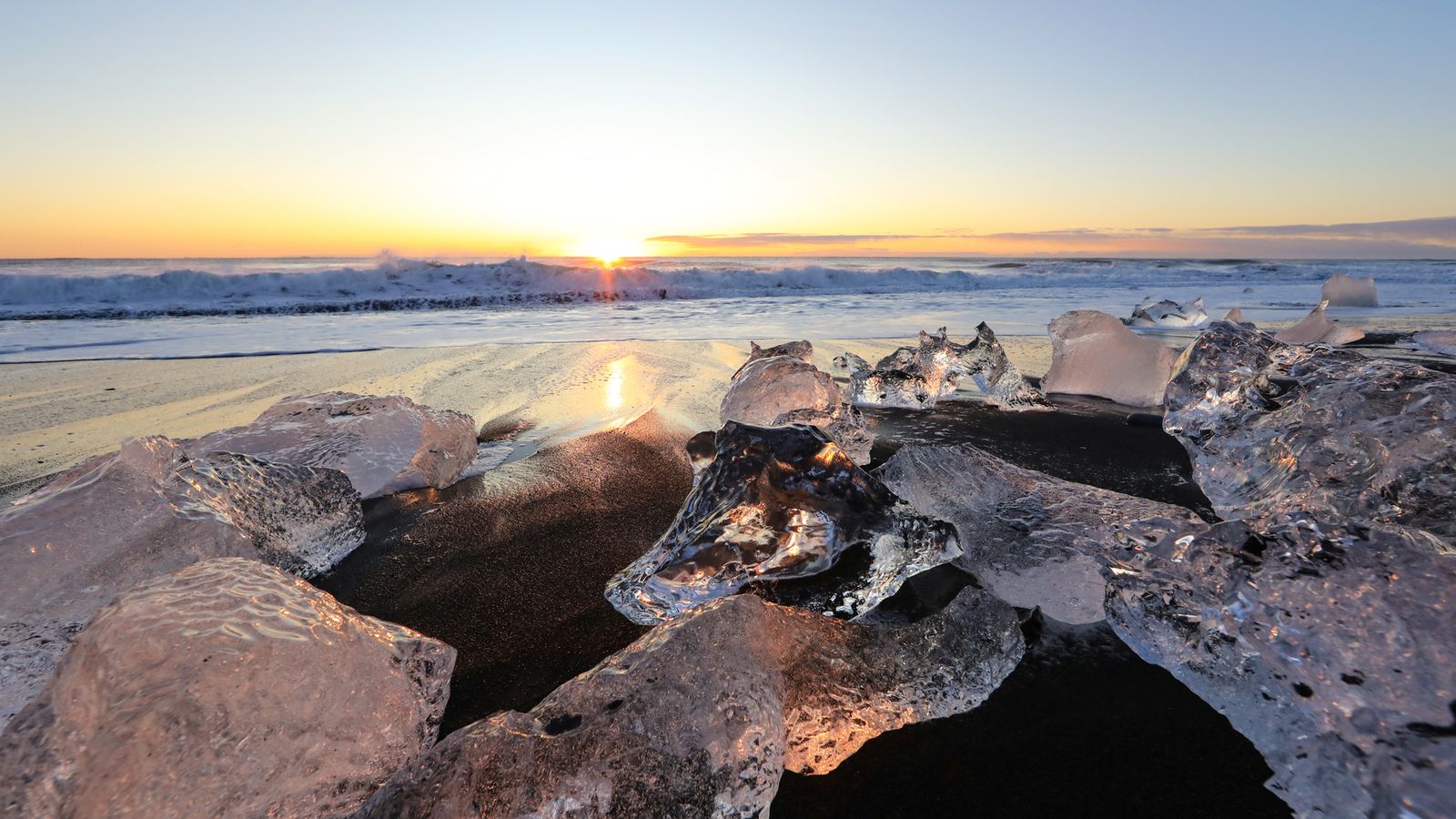 I needed a holiday, so Iceland. This time driving around the whole country. I booked flights, time off work, and a car. But didn't book any accommodation until a week before because last minute planning is fun.

I drove up from the airport through the 6km long Hvalfjörður Tunnel, the only tunnel in Iceland which has a toll. However as I drove out the end of it I drove straight through the E-tag lane and got flashed, oopsie. 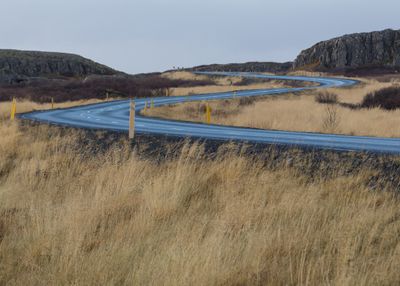 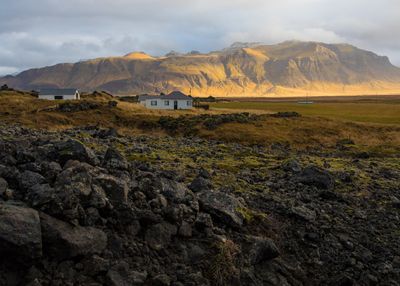 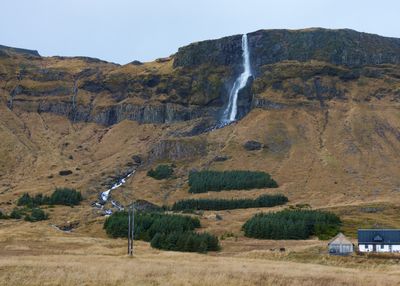 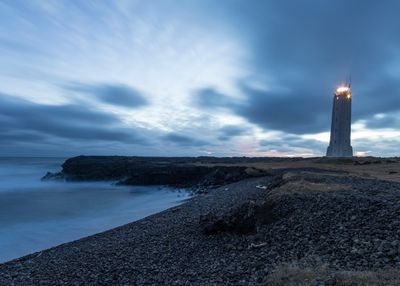 I got up early having enjoyed my first night, and headed over to Kirkjufell mountain, the mountain was used as a filming location for the Arrowhead Mountain in Game of Thrones. I headed out early in the hopes of seeing the sunrise, but as it began to get light it also began to snow so I took a few photos, and walked around before heading off.

Not far down the road, I arrived at the Bjarnarhöfn Shark Museum, it's quite a small place, but very nicely laid out with a lot of things to look at. Part of the tour includes tasting some fermented and cured shark, which is an acquired taste ;) 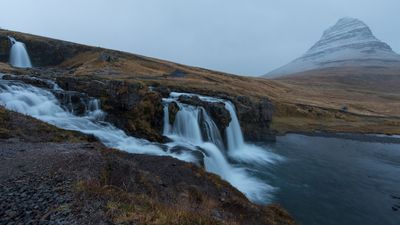 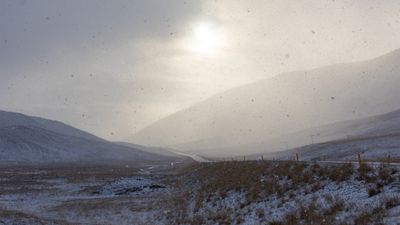 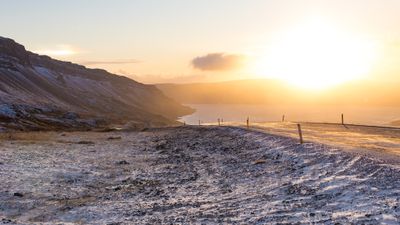 For my second night I was staying in an Old Bookstore in the North West of the country, to get there I was driving over the Vestfjarðavegur, route 60. The road was a mixture of snowy unpaved mountain passes, and ribbons of asphalt. The last mountain pass was quite tough, with deep snow on the switchbacks, no daylight, and having been on the road most of the day I was wishing I'd booked somewhere closer.

Day 3 was quite a long day of driving, but after about 9 hours I arrived at the Hvítserkur Rock Formation. The path down to the beach was very icy and I decided not to risk injuring myself. 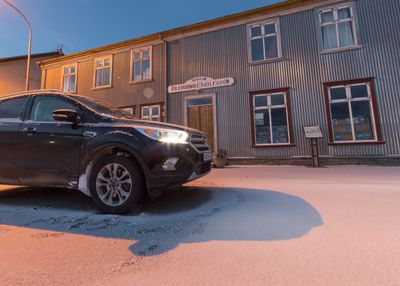 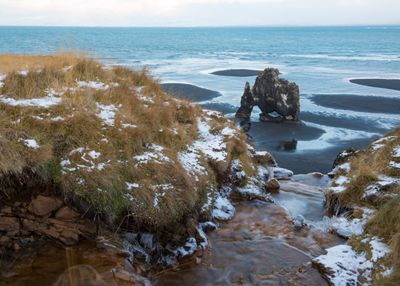 I got out on the road at 7am with the intention of getting the boring driving out of the way, making my way to the end of a valley for sunrise. Only to find out that this was the wrong valley and I'd cost myself several hours driving the wrong way.

When I finally arrived at Aldeyjarfoss waterfall I had it all to myself and managed to capture some really nice shots. I drove through Myvatn (and stopped to check out the Grjótagjá cave - also used as a location in GOT.) Finishing the day by relaxing at the Myvatn Natural Baths and speaking with a very friendly German who was also travelling around Iceland solo, in the opposite direction to me. 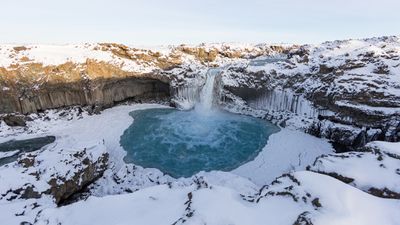 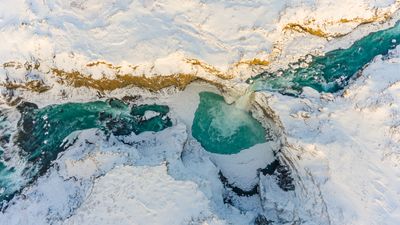 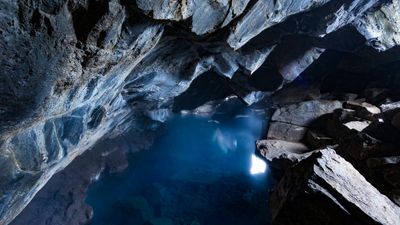 I woke up on day 5 of my trip with the snow beginning to melt and the temperature having risen 15 degrees overnight. I drove down the slushy roads to the Whale Museum in Húsavík which has some amazing skeletons and just the right amount of reading material to keep me entertained. Then onto the Arctic henge which is at the most Northern point of Iceland - I would like to visit again once it's completed. I drove over to Þórshöfn where I was spending the night in a small guesthouse getting an early night and finishing reading Casino Royale. 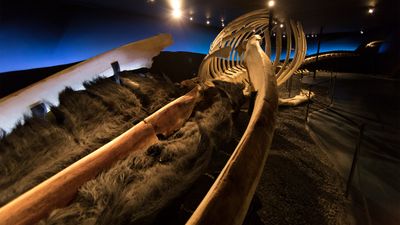 Beginning to travel South down the East coast, I went over to my accommodation which was a fishing lodge, 15km up an unpaved road. There was no one around with the lodge seemingly having been abandoned for the winter. But the door was open and the WiFi was working so I'm happy. 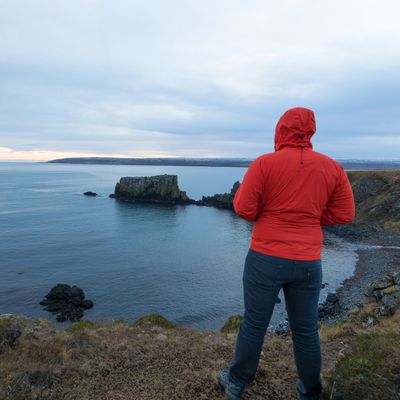 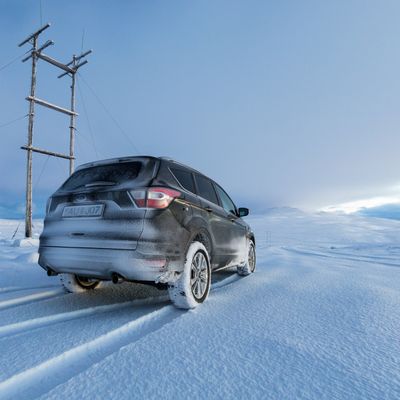 I drove further South to visit Seyðisfjörður, the drive over the mountain pass was stunning, covered in freshly fallen snow. On the way back I was travelling behind a slow car but there was nowhere to safely overtake, so I pulled into a layby, I Looked behind me and saw a brilliant Aurora which was still strong after an hour. 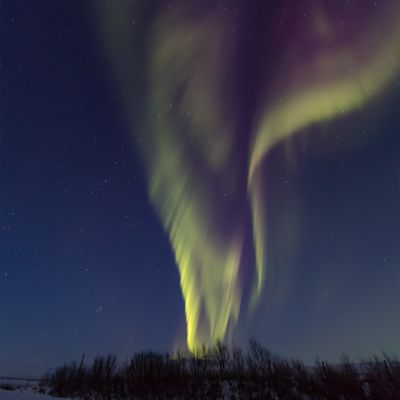 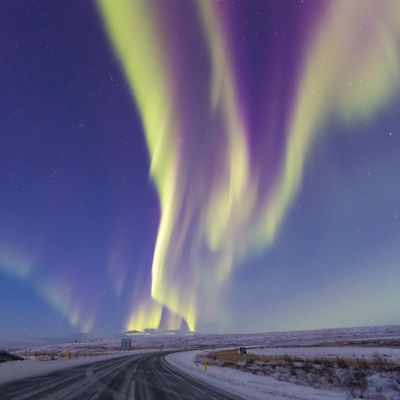 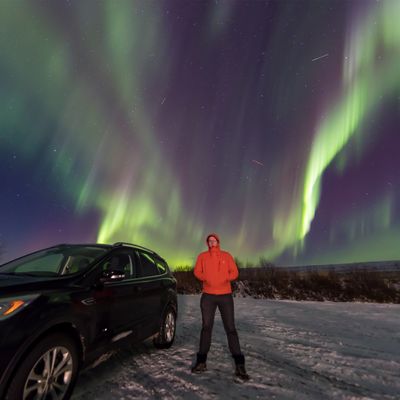 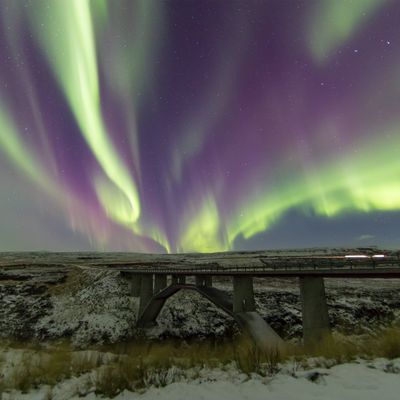 I slept very soundly on the 6th night, which is great because if I’d had a nightmare in the middle of nowhere I think I’d have gotten in the car and driven away! I drove 40mins down the road to a hotel spa, and spent a few hours relaxing in a hot pool and sauna. Before driving right down to Jökulsárlón, the famous glacier lagoon so I could scout it out since I was planning on going there for the sunrise the following day.

My alarm went off at six in the morning, and I drove back South to Jökulsárlón (having stayed in Höfn the night before) getting some photos of the icebergs on the beach during the sunrise.

Afterwards, I went for a walk at Svartifoss waterfall, I didn't take a camera (other than the one on my phone) which made for a lovely change. I then travelled to Fjaðrárgljúfur, a canyon 100m deep and saw a woman in her wedding dress. Originally I thought they were having photos taken, but then I heard them reading their vows and realised they were getting married.

I checked into my Airbnb, a farmhouse just outside of Vik, and was talking with the other house guests, and to my amazement I found they one of them, Faiez had been hiking Hjörleifshöfði, a huge rock to the North of Vik, at the same time I had been their (I'd spotted a single car at the base of the rock which I found was his.) But I also found that another guest, Nicole had been the photographer for the wedding I'd witnessed at Fjaðrárgljúfur! We stayed up chatting until midnight, which was really nice. 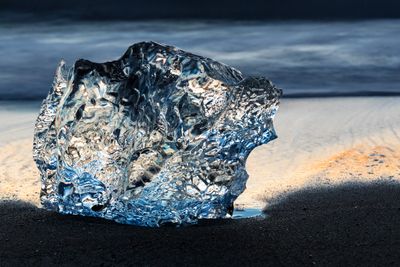 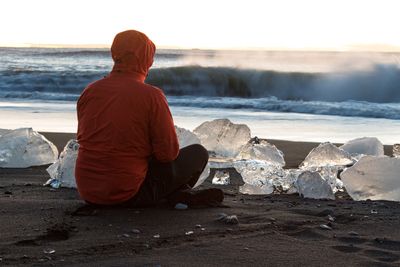 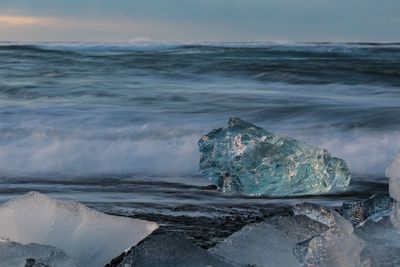 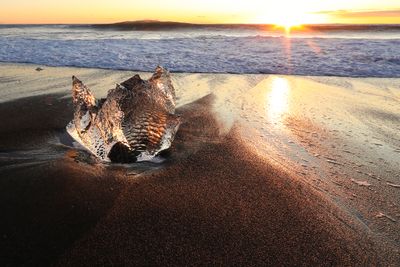 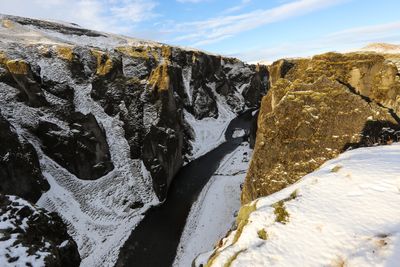 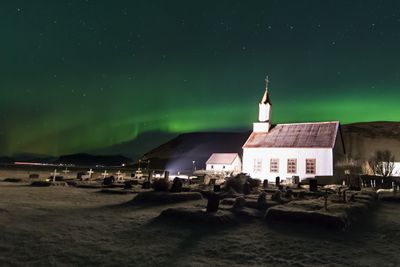 Had a wonderful locally sourced farm breakfast from Martina. Then I headed to the lighthouse which was just down the road, and after walking back from Kirkjufjara beach I met Faiez, we decided to head to Skógafoss waterfall together. After that, we drove North to Friðheimar, a tomato farm and enjoyed the tomato soup in their restaurant. We then visited Geysir and Gulfoss as the sun (and the temperature) was dropping. 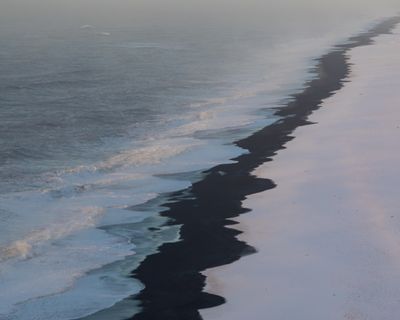 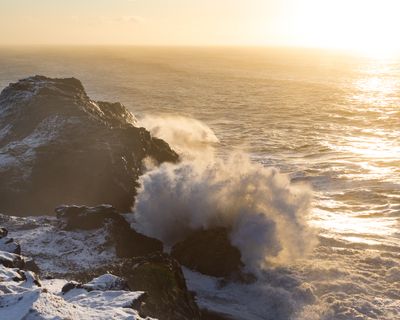 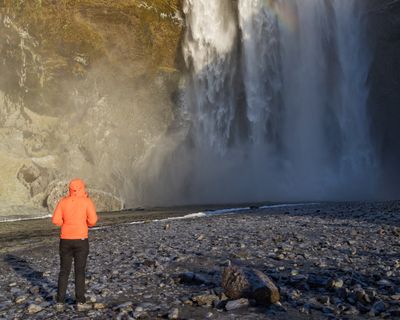 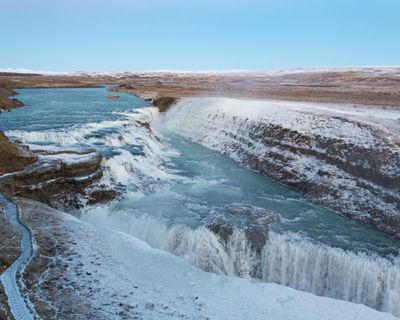 On my last day of my trip, I said my goodbyes to Faiez, who'd been great company, and drove up to Þingvellir, before getting a coffee in Reykjavík and heading to the airport.