I'll set the scene a little, Connor had flown over to Barcelona earlier in the week, and we had gone to PortAventura theme park for the day. On Tuesday we flew out together from Barcelona to Fuerteventura, picked up a hire car and checked in at the hostel before getting a pretty early night.

The following morning we set off early from the hostel (it was about 8am when we left, apparently getting up at 7am when you're on holiday is weird) and drove to the Southern tip of the island stopping off at various places en route.

Our first stop was Mirador de Guise y Ayose, a viewpoint looking over the North of the island from the Tegú mountain it has two statues of Fuerteventura's former kings (Guise and Ayose.) As we climbed up the mountain road we passed through the valley fog, and rose above it so from the viewpoint we could only really see the top of surrounding mountains coming out of the clouds below.

I carried on driving South over the FV-30, a stunning road through the mountains. We drove to Ajuy a small town by the coast with a black sand beach and, tall cliffs, and powerful waves.

We reached the bottom of the island and the town of Morro Jable, where we went for a walk on the beach (with a few beers for Connor.) This is where the paves road ends.. But who needs roads! There is a dirt track which leads to the extreme western end of the peninsula, and fortunately the Fiat 500 hire car didn't have any issues. 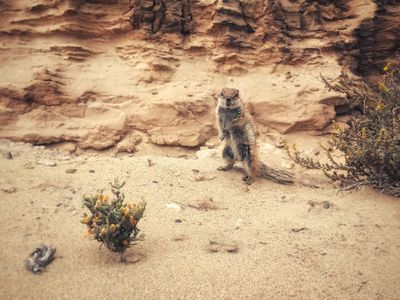 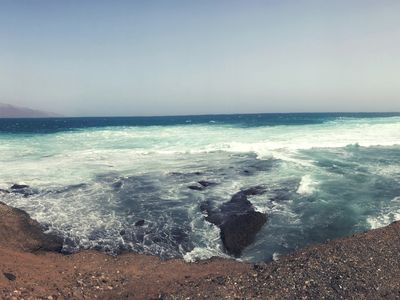 I'd been talking Elena, a fellow guest at the hostel we were staying at, and she suggested we take a trip over to Lobos island. So the following morning I drove to Corralejo and we got a RHIB over to the island, the water was fairly calm but we were both sat on the side of the boat facing in, which was a cool experience.

The weather was scorching hot and while I relaxed on the beach Connor walked up the Montaña La Caldera peak to take in the views. Before we both went for a swim in the cove. 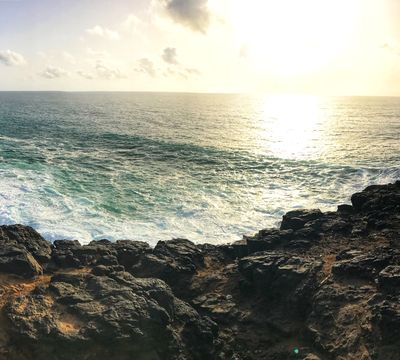 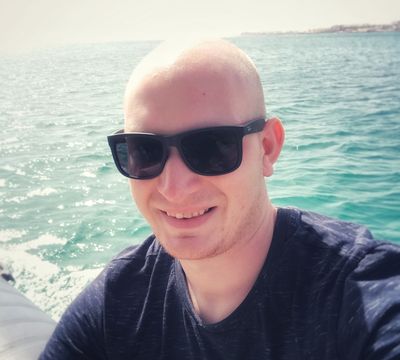 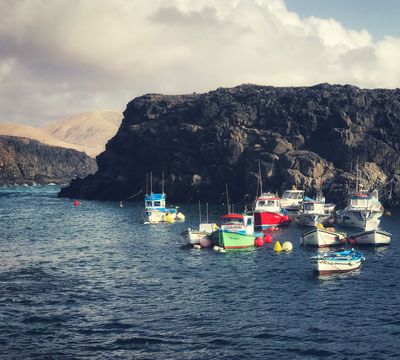 On our fourth day in Fuerteventura we went to the Acua Water Park in Corralejo, we arrived as it opened and where initially worried how cold it would be, it was warm enough, but the wind was very strong. However once we got in we found it wasn’t too bad. We ended up spending the whole day at the park and stayed in the town for our final evening getting some drinks, shisha, and witnessing some pretty incredible break dancing in a small square! 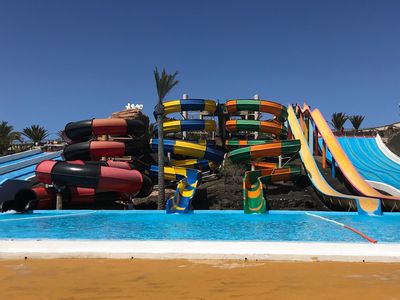 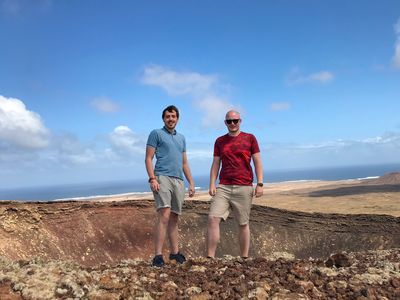 We had a fairly relaxed final day, but we did climb Calderón Hondo, a volcano a few miles away from where we were staying.