I flew out from Barcelona to Naples and followed the route I had plotted to walk from the airport to the Catacombs of San Gennaro in the north of Naples. The weather was lovely and my walk was going well until I climbed up a hill past a monastery and found the road blocked by an impassible wall / gate. Unfortunately the only option was to retrace my steps adding almost 5km onto my route. Doh!

But I still managed to reached the catacombs in time for the scheduled tour (although a little sweaty) - I was shown around by a wonderful guide who explained everything clearly, including why St. Agrippinus was laid to rest here despite not living or dying in Naples. 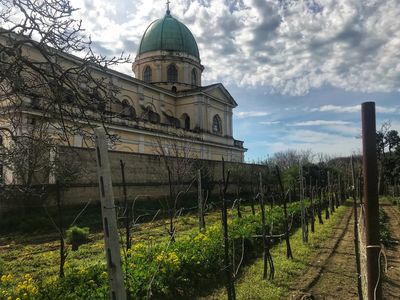 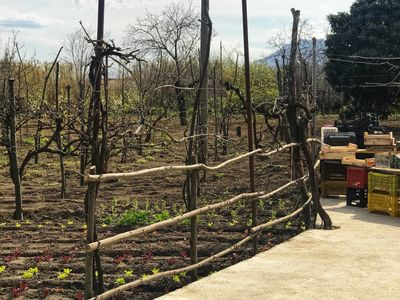 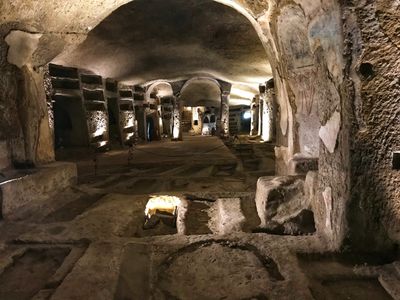 Afterwards I walked around the old town and headed towards the Bourbon tunnels where I had arranged another guided tour. The tunnel was built originally to link king Bourbon's palace and the barracks by the port. In the Second World War they were used as air raid shelters, and in the 1930s some of the tunnel space was used as a car impound by the police. 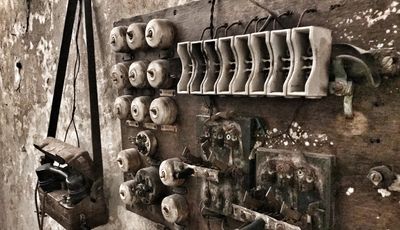 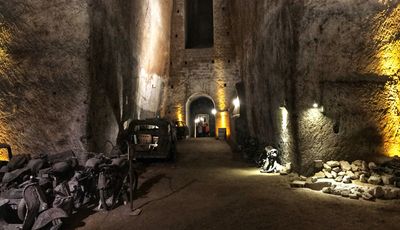 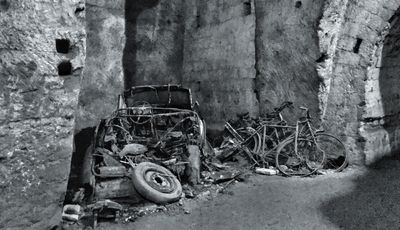 In the evening I checked into my hostel, had a shower and got chatting to Dario, Victoria, and Morgan we were all in Naples for the long weekend with Dario and Morgan coming from Rome and Victoria having travelled through Italy for a few weeks from Argentina.

I wasn’t sure how to spend my second day in Naples, it was forecast to rain in the afternoon. But I settled on a plan to head to Herculaneum (just like Pompeii but better preserved) once it opened and then afterwards have a look at Pompei. 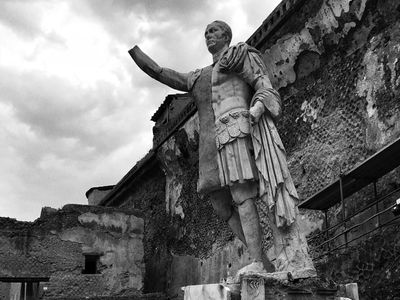 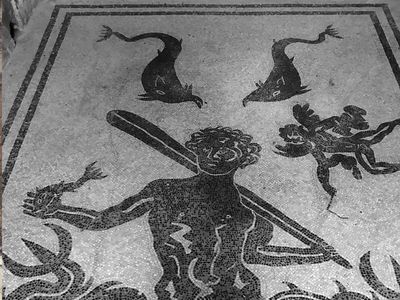 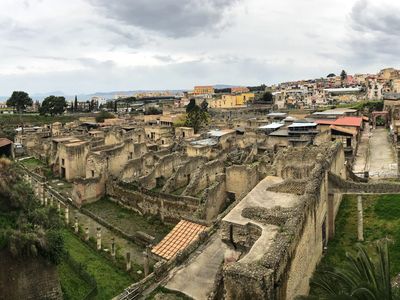 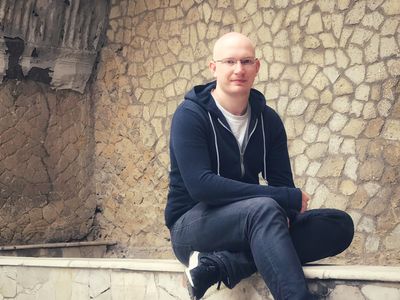 However while waiting for the train to Pompeii the weather began to change and I decided to head back into central Naples, and visit the National Archaeological Museum, I really enjoyed the museum especially the mosaic collection which featured some really intricate works.

In the evening I met up with Dario and Morgan and we got pizza to bring back to the hostel. Where we shared prosecco and limoncello and wine with Victoria. 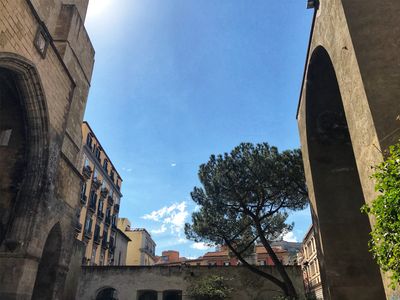 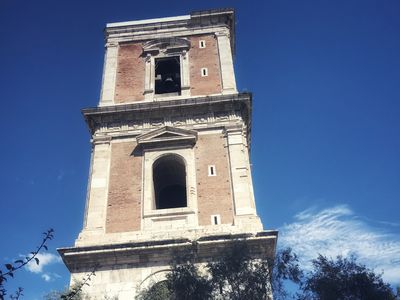 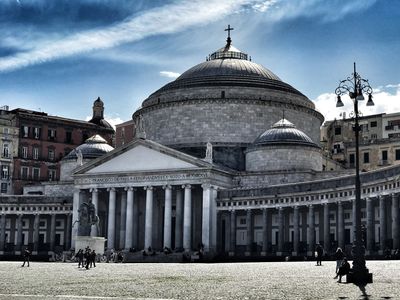 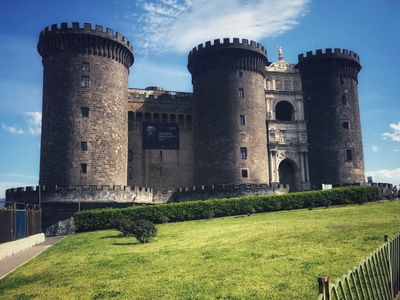 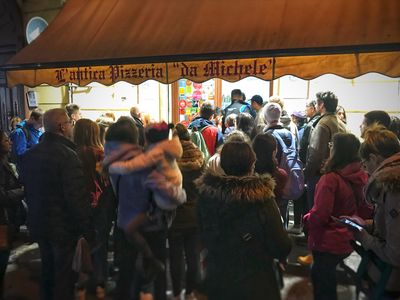 I got up early again and headed to Pompeii, I knew before I got here that Herculaneum was really the better archaeological site out of the two, but I still wanted to see Pompei.

After looking around with a few light rain showers I consulted my map and decided I’d get the train further down to Sorrento. The weather perhaps wasn’t the best to visit a seaside town, but when I arrived it was quite sunny and I enjoyed having lunch by the harbour, and walking along the seafront.

The train journey was amusing, I was listening to an American woman talk to her friend about her interesting life in Napoli. 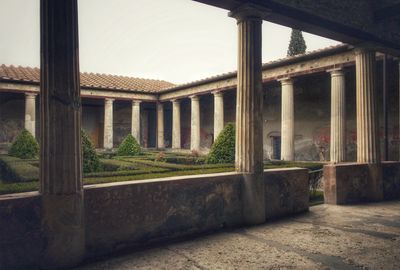 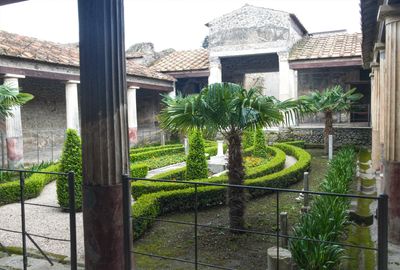 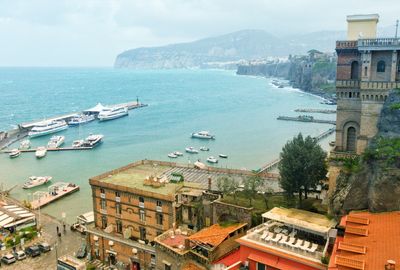 I was hoping to get a ferry back to Naples but unfortunately that doesn’t run at the weekend so I was forced to get the train back.

The weather had improved so I decided to head up to Mount Vesuvius on the way back to Naples. The views were really good. And it was nice to do some more working because I’d hardly done any ;) (currently 60km in 3 days) 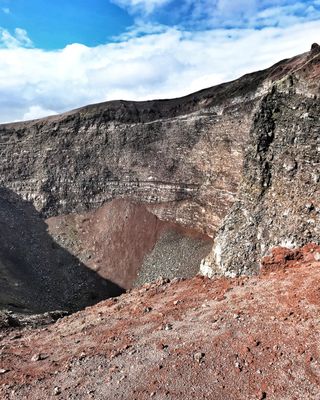 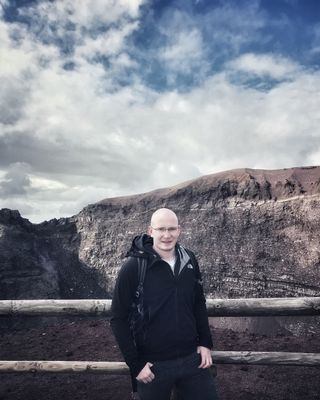 There was only one more thing I wanted to do in Naples. That was go to the Toledo metro station because it has such a spectacular interior. However the metro had stopped running by the time so got back to Naples (I think because it was Easter Sunday)

But I got back to the hostel, had a shower, watched Gravity, and then got pizza and wine with Dario and Victoria.